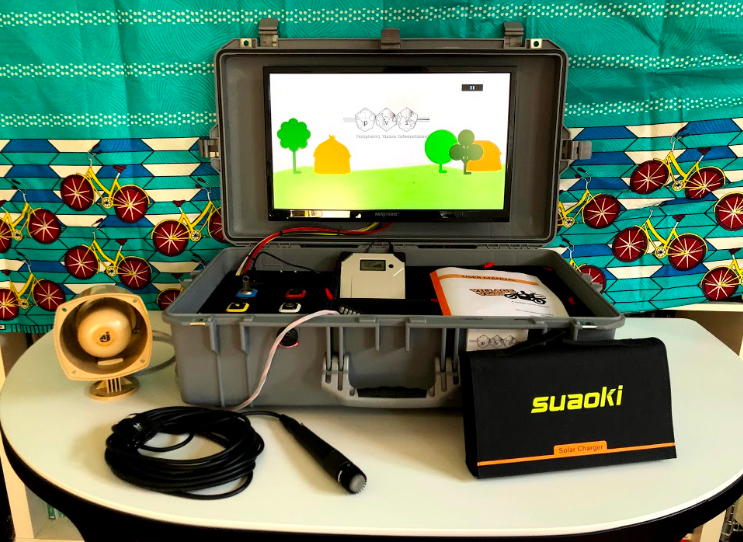 In April 2019 Peripheral Vision International (PVI) launched version 4 of Village Video (formerly Kibanda Boda), a revamped, redesigned, and rebranded iteration of the organization’s popular  solar-powered, motorcycle-mounted, microcinema. Village Video brings educational video to the most remote villages and targets the most underserved populations. Unlike projector-based mobile cinema, the Village Video kit can screen content during the day and doesn’t require girls and women to travel in darkness to attend night screenings. Instead, it brings content to people where they are already gathered, eliminating a key obstacle to accessing microcinema content.

The first version of the Village Video microcinema kit was developed in 2015, and subsequent versions have increasingly gotten lighter-weight, more durable, and more energy-efficient. The new fourth generation is the size of a suitcase, weighs only 35 pounds, and is easier to use than its predecessors. Version 4 of Village Video can play 36-hours of content before needing to be recharged, a process that is made easier with multiple charging options, including a mobile solar power panel that users can use to power while off-grid.

The newest version of Village Video – designed for maximum reach and ease of use – is now ready to scale.